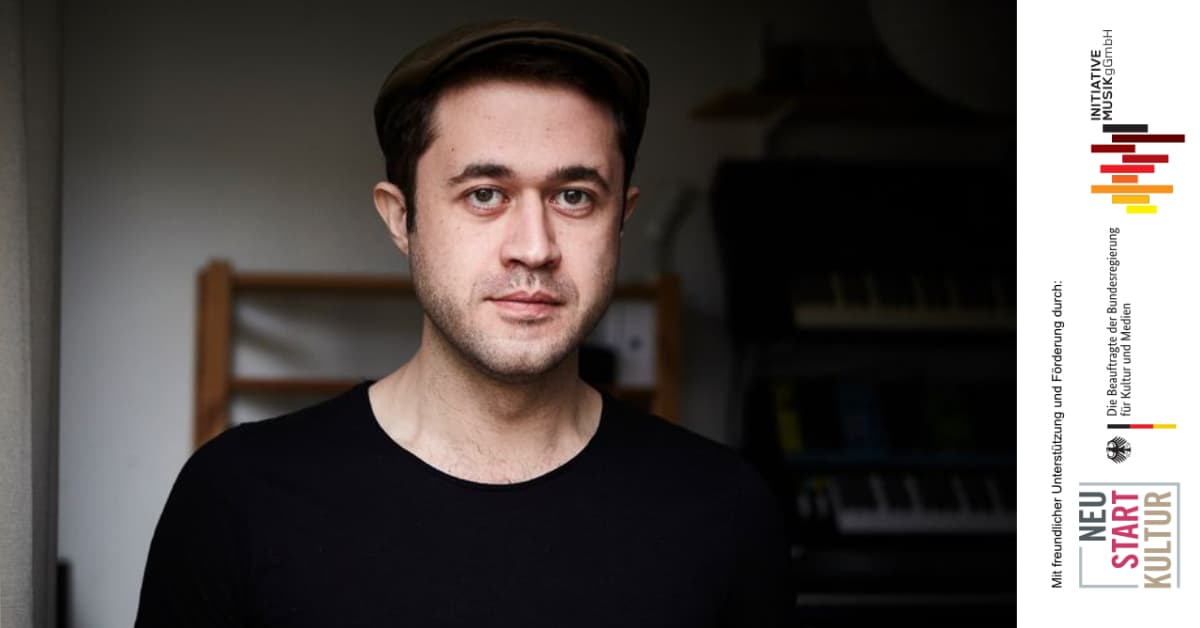 Kalender
Zum Kalender hinzufügen
Wann:
17. November 2022 um 20:00 Europe/Berlin Zeitzone
2022-11-17T20:00:00+01:00
2022-11-17T20:15:00+01:00
Konzert Musik
OzanTekin Piano
Ozan Tekin is a Turkish-born Cologne-based composer and producer. Born in Adana, started playing piano at the age of 5. This early introduction to music not only paved his way to be a composer and producer later on but also cultivated his attentiveness to the phenomenon of Sound in general throughout his life. His latest album “Anarya”, a three-part compilation of his piano works, in which he draws his projections over neo-classical, jazz and ambient music, was released in May 2022. Tekin’s debut album “Pillars of Salt”, which consists of his previous ambient and experimental compositions, was released in October 2019. Tekin also releases singer-songwriter songs under the alias Seyrek Rifat and composes music and makes sound design for theatre, performance, film and TV in Germany and Turkey.
Tekin’s solo piano performance is based on his latest album “Anarya”. Anarya gitmek (“to go back”) is a vernacular saying from Tekin’s hometown Adana and Tekin makes a figurative attempt to migrate backwards via the compositions that came into being in his most recent home, Cologne. Tekin winds his musical journey back from Cologne to Adana with a long layover in Istanbul in “Anarya” with 14 tracks, and each one of them is a sound story that echoes Tekin’s distinct memories from these three cities. “Anarya” is the end product of a process in which Tekin and his upright piano co-tuned each other. It is an artistic representation of the idiosyncratic phenomenon called stimmung in German; a spectrum of tones, moods and atmospheres expressed in personal and instrumental terms.
Having been born out of an upright piano, Tekin’s music has instrumental origins. The remarkably catchy melodies, immersive melancholic arpeggios and uneasy changes in time signatures set up the atmospheric stage of Tekin’s music. However, due to his constantly mutating sense of belonging, his melodies can’t be pinpointed to any specific heimat.
X
X